Skip to content
Newsletter
On The Go
KASASA
Visa 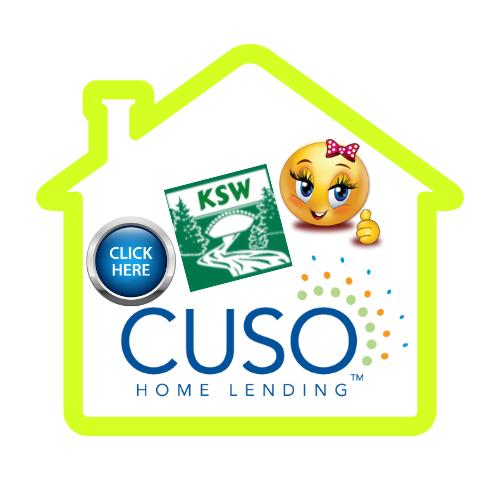 The 1950s were lean years in Maine. Seeing potentially no means of a savings plan within daily work boundaries, realizing finance companies were charging such high-interest rates, and knowing that Credit Unions were paying more on shares, the team of Gus Fortin, Henry Moses, and William Lynch approached Mr. Parsons of the Keyes Fibre Company (Huhtamäki Co.) with the idea of establishing a Credit Union.  This was met with great enthusiasm and thus was built the foundation of what we are part of today.

The first office of Keyes Fibre Federal Credit Union was opened in 1954, in a small room located at the Keyes Fibre Mill on College Ave in Waterville, Maine.  The first shares were opened with a minimum $5 deposit and the first loan that the Credit Union granted was for $100.  The Credit Union soon out-grew that space and after several moves, relocated in 1980 to a building adjacent to the mill. This new building allowed easy access by the mills employees as well as the convenience of a drive-thru station and night depository.  Keyes Fibre Company at one time employed as many as 1400 people.  That number was reduced to about 600 when modern technology entered the workforce.  The Credit Union acted quickly to overcome this challenge by expanding its field of membership to those with a common bond through new member companies.

In 1980, Keyes began paying monthly dividends on their share accounts.  1983 saw the establishment of a branch office at the Penobscot Poultry Company in Belfast.  Keyes Fibre was asked to take over the former Credit Union that the poultry workers had formed.  Once again in a small office, the popularity of the local Credit Union continued to grow, and once again it broadened its membership by accepting additional member companies. In order to continue paying dividends, the minimum share of $5 was increased to $25 per share in 1988.

In 1994, a program designed to introduce children to the Credit Union was established.  Children ages birth through 12 may enter the Junior Savers club with a minimum share deposit of $5.  At the age of 13, these members are required to increase their share to $25.

The Belfast branch office relocated to its current location on Waldo Ave in 1997 in order to include services such as night depository and a drive-thru, as well as to expand the size of both the office and parking area.

In 1998, despite over a two year battle by the National Bankers Association to limit eligibility of Credit Union membership, Credit Union members nationwide, banded together to show their support, which eventually helped to overturn the bill and provide for the passage of the HR1157 Act, enabling Credit Unions to continue growth through expansion of membership boundaries.

During 2001, Keyes Fibre applied to the National Credit Union Administration for permission to convert its field of membership to a community charter, which would enable Keyes Fibre to merge with KeSo Federal Credit Union of Fairfield, Maine.  This opened its membership doors to all persons who live, work, worship, attend school in, and businesses and other legal entities located in Kennebec or Somerset counties.

With these exciting changes came a new name:  KSW Federal Credit Union to identify the counties of Kennebec, Somerset, and portions of Waldo included in the membership.

KSW received approval in November 2001, to offer membership to persons who live, work, worship, attend school in, businesses and other legal entities located in the Waldo County towns of Belmont, Brooks, Jackson, Knox, Liberty, Monroe, Montville, Morrill, Searsmont, Swanville, and Waldo.  In June 2012, our membership area grew when we were granted the City of Belfast, the towns of Thorndike and Unity.

KSW continues to grow and expand, in September of 2021 the NCUA granted membership to all who live, work, worship, attend school in, businesses and other legal entities located in all of Waldo County. This expansion solidifies K-S-W as Kennebec, Somerset and Waldo County.

KSW Federal Credit Union holds annual meetings to elect Board of Directors and Supervisory Committees, which are made up of credit union members volunteering their time to assist their local Credit Union.

Come into one of our convenient locations and meet our friendly staff- You’ll be glad that you did!!!!!