KSW Federal Credit Union’s Social Responsibility Committee plans a variety of fundraisers such as soup sales, raffles, and cookouts to support Special Olympics Maine. The money collected during these events is presented to the athletes and representatives at an annual meeting held in June. KSW raised over $2,700 for Special Olympics Maine in 2019 from our many fundraisers.

The Insurance Trust, which provides the credit union with insurance and loan protection products, spearheads Special Olympics for all of Maine’s credit unions. Insurance Trust holds an annual Golf Tournament in July with the proceeds benefiting the cause.

Members of the KSW FCU staff travel to Sugarloaf USA and University of Maine to volunteer and watch athletes compete in a variety of events for the winter and summer games. 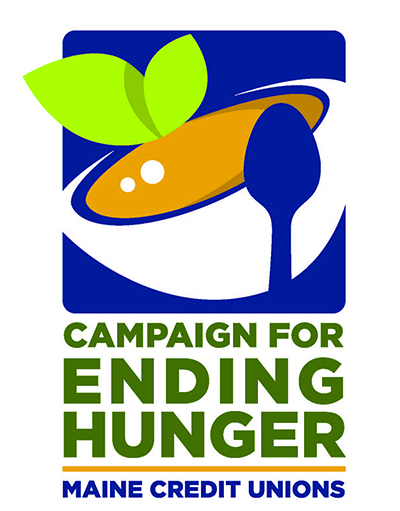 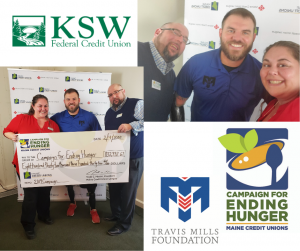 The Social Responsibility Committee at KSW FCU has numerous fundraisers throughout 2019 to benefit local food pantries. Through various raffles, 50/50 and food sales KSW raised over $2,700! This money was split between four food pantries, two in the Waterville area and two in the Belfast community.